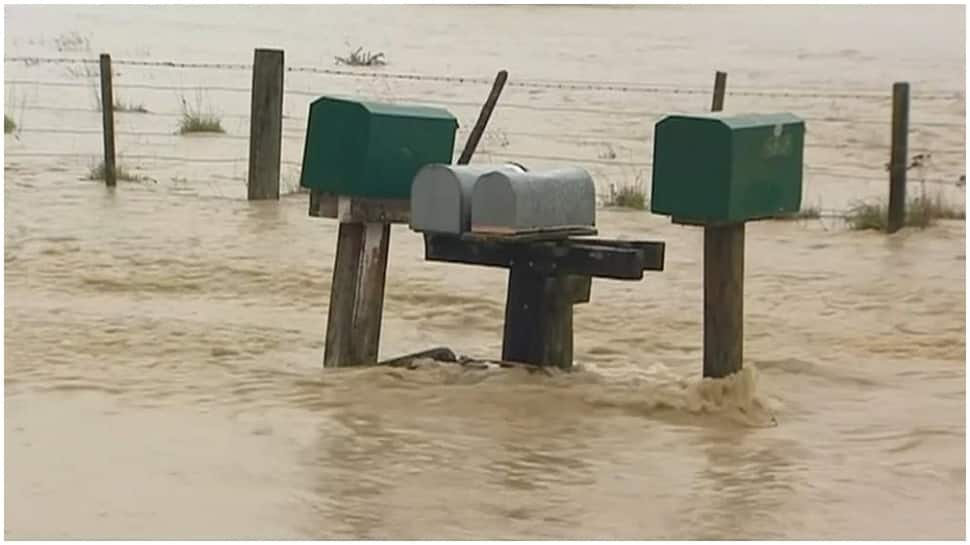 Wellington: Downpours and floods that forecasters said could be “one-in-a-hundred-year” continued to hit New Zealand`s South Island on Monday (May 31) after a whole day and night`s persistent and heavy rain that started on Sunday.

In some eastern areas of Christchurch, the biggest city in the Canterbury region, rivers ran high after consecutive rains.

Some schools had to be closed on Monday due to high flooding risks in surrounding areas.

More than 1,000 homes were without power across Christchurch on Sunday (May 30) night, with freezing weather accompanying the heavy rains. About 100 of these households still suffered a power outage on Monday (May 31).

Local authorities declared a state of local emergency for the whole Canterbury region of the South Island. People have been advised to stay at home to avoid road closure and flooding risks.

According to MetService, New Zealand`s national weather authority, the red alert was lifted for the Canterbury region at 7:00 p.m., as the rainfall started to ease during Monday night.

Red level warnings in the country are “issued for the most extreme weather systems which may cause widespread disruption and severe impacts,” according to MetService.