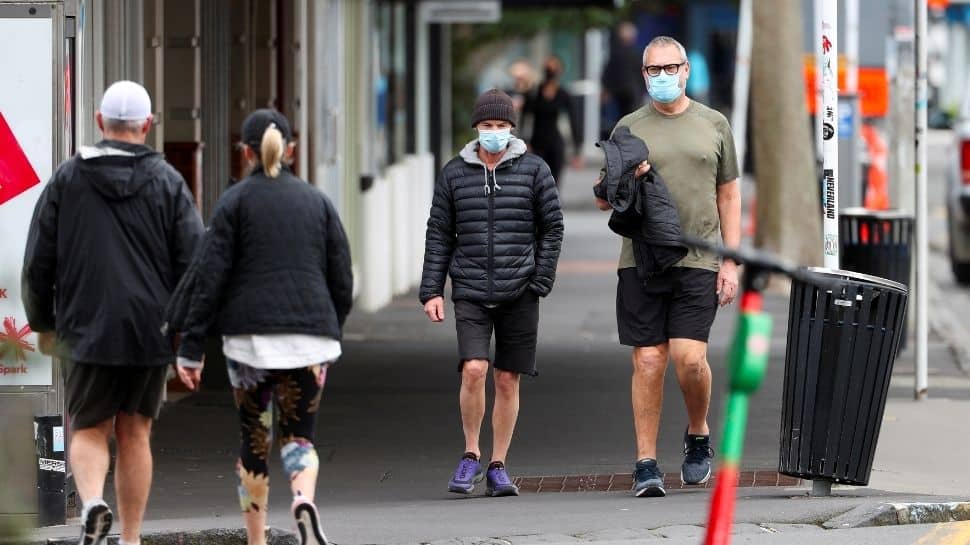 New York: Facing a cold-weather surge in COVID-19 infections, New York Gov Kathy Hochul announced Friday (December 10, 2021) that masks will be required in all indoor public places unless the businesses or venues implement a vaccine requirement.

Hochul said the decision to reinstitute a mask mandate was based on a rising number of cases and hospitalisations, which has been especially pronounced in parts of upstate New York.

New York enacted a mask mandate at the beginning of the pandemic in April 2020 that ended in June 2021 for vaccinated individuals. The new mask mandate applies to both patrons and staff and will be in effect from Monday to Jan 15, after which the state will reevaluate.

“We’re entering a time of uncertainty and we could either plateau here or our cases could get out of control,” Hochul warned at a public appearance in New York City.

For weeks, Hochul has said local governments will decide whether to reimpose COVID-19 protocols. She’s expressed caution about whether resistant communities would follow stricter rules.

Hochul’s announcement Friday was cheered by some fellow Democrats and a union representing retail and grocery workers, even as Republicans called it an overreach and an unnecessary burden on businesses.

While Hochul said local health departments will be in charge of enforcing the requirements, Republican Rockland County Executive Ed Day said the governor’s staff was unable to provide detailed information about the new requirement.

“I told the governor’s staff that we cannot and will not enforce this requirement as it currently stands,” Day said in a prepared release.

Niagara County Legislature Chair Becky Wydysh, a Republican, said local officials don’t believe a mandate is “the best use of our resources.” The county will take an “educate to cooperate approach” to enforcement, Wydysh said in a statement.

The news was welcome at the Lake Placid Christmas Company, a shop on Main Street in the tourist-friendly Adirondack village.

“Our employees all wear masks, but we stopped requiring all of our customers to wear masks because it was too hard to enforce,” said manager Scott Delahant. “Quite frankly, I got sick of arguing with people.”

He said many shoppers browse barefaced, despite a sign on the door encouraging mask wearing and a basket of free disposable masks.

Nancy McGraw, public health director in Sullivan County in the mid-Hudson Valley, said the county is facing a “huge spike” in cases and surging hospitalizations. On Friday, the county reported 20 COVID-19 patients – including 15 who were vaccinated or lacked vaccination records. Three patients were in the intensive care unit, with one on a ventilator.

The state recorded more than 68,000 positive tests for the virus in the seven-day period that ended Wednesday. That’s the most in any seven-day stretch since the start of February, and rates are rising in nearly all counties.

“We are heading upward in a direction that I no longer find sustainable,” Hochul said.

The surge is especially pronounced in some areas of upstate New York, which has accounted for nearly three-fourths of confirmed COVID-19 deaths in hospitals since August.

Cattaraugus County in western New York, for example, has reported 32 such deaths over the past 30 days alone.

That’s more than reported in Manhattan, or the Bronx.

But fewer than 60% of residents are fully vaccinated in more than 500 zip codes throughout New York, according to data for about 1,300 zip codes provided by the state healthy agency.

The Associated Press’s analysis found that hospitalization rates are high and vaccination rates are low in certain parts of the Finger Lakes, Southern Tier, western New York and Capital Region.

For example: about half of Niagara Falls residents are fully vaccinated in the 14301 and 14305 zip codes. The two communities – home to about 29,500 people – reported 69 COVID-19 hospital admissions and over 900 new infected people over the past month.

Thirty-two upstate hospitals in Niagara and elsewhere had to limit performing nonessential elective surgeries starting Thursday because of capacity issues.

One of the state’s worst hit hospitals, Glen Falls Hospital in Warren County, said 50 out of 165 patients had COVID-19 as of Wednesday.

That’s the most infected patients the hospital’s ever reported, according to state data.

“We remain very busy across all units in the hospital,” hospital spokesperson F. Raymond Agnew said.

Hochul announced the mask mandate at a social service agency in on the west side of Manhattan, where most people already wear masks. New York City requires vaccinations for indoor restaurant dining, entertainment and gyms, so those vaccine-requiring venues will be unaffected by the new rule.

Hochul said violators could face civil and criminal penalties, including a maximum fine of $1,000.

In Sullivan County, McGraw said officials are “disappointed” by lower vaccination rates in remote areas: 36% of roughly 3,000 residents in Woodbourne, for example, are fully vaccinated.

“We have very limited resources for enforcement and people need to do the right thing,” McGraw said. “Public responsibility is key here.”