As the president promises an inquiry, the political fallout envelops current and former Mexico City mayors. 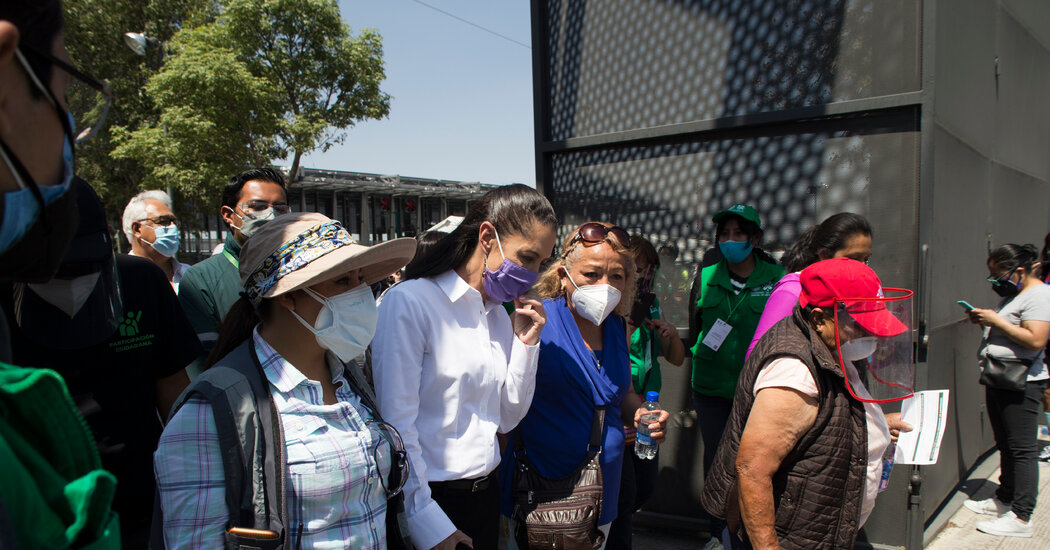 Their rivalry has long been a subject of speculation by pundits, and on Tuesday, two of Mexico’s brightest political stars were in the spotlight for all the wrong reasons.

After the deadly subway train crash in Mexico City, public anger on Tuesday turned toward the city’s mayor, Claudia Sheinbaum, and a former mayor who is now Mexico’s foreign minister, Marcelo Ebrard.

Both are widely seen as possible successors to President Andrés Manuel López Obrador.

“Absolutely nothing will be hidden,” Mr. López Obrador said at a news conference on Tuesday morning. “The people of Mexico must know the whole truth.”

But even as the president spoke, the political fallout was evident at his news conference. Both Ms. Sheinbaum and Mr. Ebrard faced harsh questioning from reporters: she for the possible failure to detect faults that led to the deadly crash, and he for overseeing the construction of a subway line plagued by accusations of mismanagement and corruption.

“We are in agreement to get to the bottom of this and work together to find the truth and know what caused this incident,” said Ms. Sheinbaum, who avoided blaming any government figures for the accident.

Mr. Ebrard, asked whether he feared being held ultimately responsible for the tragic accident, denied any wrongdoing and said he would cooperate with the investigation.

Mr. Ebrard was mayor of Mexico City from 2006 to 2012, and the subway line, known as the Golden Line, was one of the landmark projects of his administration.

The crash occurred a month before legislative elections that the governing party, known as Morena, is expected to dominate. Mr. López Obrador — also a former mayor of the capital — has a high approval rating throughout the country but is less popular in Mexico City.

Ms. Sheinbaum and Mr. Ebrard are both members of Morena, and both are vying to succeed Mr. López Obrador as president when his term ends in 2024.

Mr. López Obrador, who campaigned on improving Mexico’s infrastructure, has spearheaded ambitious public transportation projects since taking office in 2018, including nearly 1,000 miles of railway stretching across Mexico. He has sought to create a legacy through several landmark projects and, soon after taking office, stopped the construction of a half-built airport that a rival party had started to build for Mexico City.

Even though the construction was advanced and the government had spent billions of dollars on the airport, Mr. López Obrador scrapped it to build another airport at a different location, reimagining the project in his name.

Yet the president’s flashy projects have come at the expense of more urgent needs, including water infrastructure problems in a country increasingly burdened by droughts and Mexico City’s subway system, a key mode of transportation for the sprawling capital’s population of nearly 22 million.