A Year After Wuhan, China Tells a Tale of Triumph (and No Mistakes) 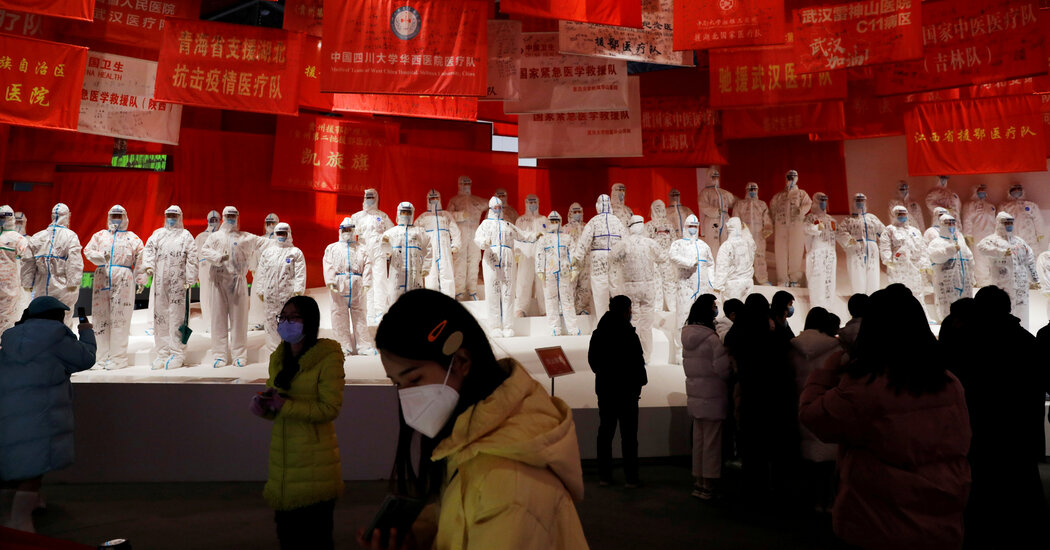 At a museum in Wuhan, China, a sprawling exhibition paints a stirring tale of how the city’s sacrifices in a brutal 76-day lockdown led to triumph over the coronavirus and, ultimately, rebirth.

No costs appear to have been spared for the show, which features a hologram of medical staff members moving around a hospital room, heart-rending letters from frontline health workers and a replica of a mass quarantine site, complete with beds, miniature Chinese flags and toothbrush cups.

But the exhibition is also striking for what is not included. There is no mention of the whistle-blowing role of Ai Fen, one of the first doctors to sound the alarm in Wuhan, where the virus is believed to have originated, or the decision by Zhang Yongzhen, a Shanghai doctor, to share its genome with the world against official orders.

Visitors are invited to lay a virtual chrysanthemum at a wall of martyrs that includes Li Wenliang, the ophthalmologist at a Wuhan hospital whose death from the virus led to nationwide mourning. But missing from his brief biography is a crucial fact: that Dr. Li was reprimanded by the government for warning colleagues about the virus from which he later died.

China has spent much of the past year trying to spin the narrative of the pandemic as an undisputed victory led by the ruling Communist Party. The state-run news media has largely ignored the government’s missteps and portrayed China’s response as proof of the superiority of its authoritarian system, especially compared to that of the United States and other democracies, which are still struggling to contain raging outbreaks.

Those efforts have taken on new urgency as the Jan. 23 anniversary of Wuhan’s lockdown draws closer. In recent weeks, the government has deployed an army of censors to scrub the internet of critical coverage of the Wuhan outbreak. Terms like “first anniversary” and “whistle blower” have been deleted at times from Chinese sites.

A recent propaganda directive explicitly banned coverage of the anniversary of the outbreak, according to journalists at state-run news outlets who were briefed on the order. Instead, propaganda agencies have pushed feel-good videos and adulatory articles that depict Wuhan as a city reborn, while playing down residents’ lingering grief and anger.

The praise for Wuhan’s success is well deserved. Since the lockdown ended in April, life in the city — long known as a bustling commercial hub where tourists flock to eat fiery sesame noodles, listen to punk music and catch a glimpse of the mighty Yangtze River — has largely returned to normal, as it has in most of China. While many people in virus-ravaged countries rang in 2021 alone in their homes, images of crowded New Year’s Eve celebrations in Wuhan were splashed across Chinese state media.

But with nationalism and public support for the party apparently on the rise, the assertive rebranding campaign is a sign that China’s leaders have little interest in dwelling on the past or revisiting their mistakes. Their goal, experts say, is simple: to ensure that nothing undermines the party’s triumphant narrative.

“China’s response was portrayed as a huge victory for the Chinese Communist Party,” said David Bandurski, co-director of the China Media Project, a research program affiliated with the University of Hong Kong. “For China’s leaders, the story is written.”

Long wary of sensitive anniversaries, the Chinese authorities have released few details about how they will mark the somber occasion.

So far, the only event on the official calendar is the Jan. 22 release of a state-backed documentary, “Days and Nights in Wuhan.” Billed as a moving tribute to the city’s “ordinary heroes,” it features a song called “You Are So Kind” by the well-known Chinese actress Zhou Xun, whose gentle lyrics, in the words of one state media outlet, are meant to convey “warm power.”

Recent state media coverage of Wuhan has mostly focused, instead, on the city’s booming tourism and economic revival. A video produced by C.C.T.V., the state broadcaster, draws on interviews with workers at one of the city’s railway stations to spin a tale of courage and sacrifice during the lockdown. Within three days, it had more than 2.5 million views on Weibo, a popular social media platform.

Another widely circulated video, recently posted by the state-backed Changjiang Daily newspaper, features business managers from companies like Lenovo and Gree extolling the city for its rapid recovery. “What doesn’t kill me will only make me stronger,” the narrator says, as dramatic orchestral music swells in the background.

Officials, too, are playing up the themes of revival and rebirth. Wang Zhonglin, the city’s top party official, spoke loftily of Wuhan’s ambitions at a December forum promoting economic development along the Yangtze River.

“Do not slow down efforts to work toward becoming an international metropolis,” he said of Wuhan. “Rise up from the ashes and achieve glory once again.”

The upswell in propaganda has been carried out alongside tightened controls on the media. A year ago, Chinese news outlets — which are sometimes censored less heavily than usual in the first days of a crisis — published some of the hardest-hitting exposés of the government’s sluggish response to the virus and failures in the health care system.

But in recent weeks, Chinese journalists say, editors have told them to avoid drawing attention to the lockdown’s anniversary on social media sites. Some said they were also instructed to abandon plans to interview people who lost relatives in the earliest stages of the outbreak.

The government underscored its message to the media last month when it sentenced Zhang Zhan, a 37-year-old citizen journalist who documented Wuhan’s ordeal, to four years in prison. She is the first person known to have faced trial for chronicling China’s outbreak.

The censorship around the anniversary is part of an ongoing campaign to purge voices that question the official narrative. Activists have been detained, and outspoken relatives of people who died from the virus are routinely harassed. A study last year by the Citizen Lab at the University of Toronto found that thousands of keywords related to the pandemic were censored on WeChat, a popular messaging app; many of the deleted posts were critical of Chinese officials.

The authorities are particularly sensitive about efforts to pay homage to Dr. Li, the Wuhan ophthalmologist whose death prompted rare calls for freedom of speech in China.

Several recent articles recalling Dr. Li’s actions have been erased from the internet. At the same time, Global Times, a state-backed nationalist tabloid, has sought to reframe the legacy of the doctor, who has become a hero to many Chinese.

“Observers said that for Chinese mainland people, Dr. Li was not a figure representing an opposition or confrontational force with Chinese authorities as some international politicians and media have reported,” a recent article read. “Rather, Dr. Li was an ordinary hero with the courage to speak out the truth, Chinese observers said.”

The government’s aim is “to create a state-approved version of the collective memory of the coronavirus pandemic for the public,” said Lotus Ruan, a researcher at the Citizen Lab.

Within the official narrative of the pandemic, there are many heroes. But China’s top leader, Xi Jinping, is undoubtedly the star.

At the cavernous exhibition hall in Wuhan, visitors are greeted with a large photo of Mr. Xi, looking stern as he presides over a meeting. A nearly 50-foot-long timeline chronicles the heroic measures Mr. Xi is said to have taken during the crisis, day by day. Throughout the show, he is portrayed as having been a resolute leader, in control of the outbreak almost from the beginning, though there is limited evidence of that.

“The Chinese people have shown resilience, diligence and bravery,” the show’s concluding text reads. “And the Communist Party of China, like always, has put people and their lives first.” 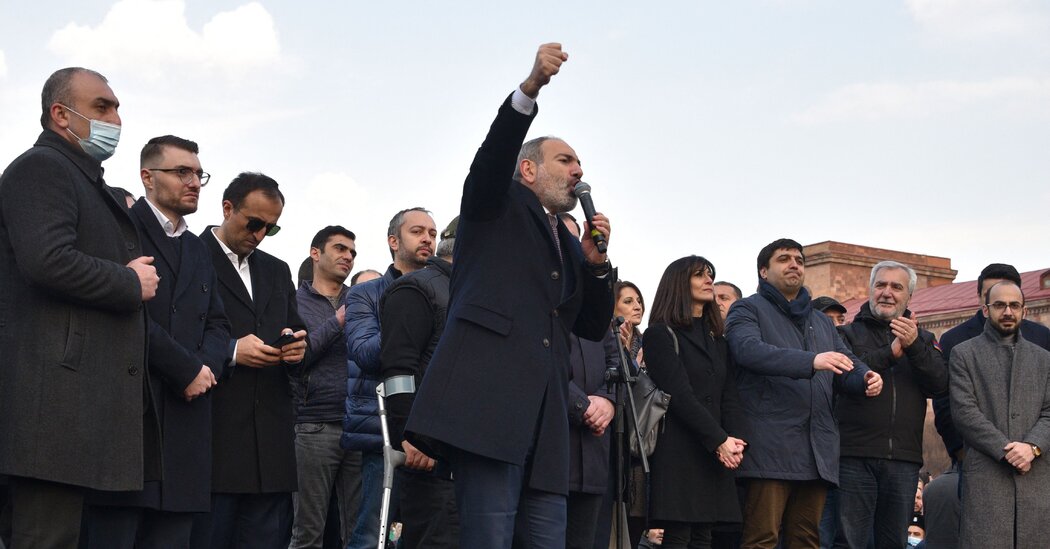