From the colonial era to post-Independence, a history of powerful farm movements

With the tragic killings in Lakhimpur Kheri once again bringing back the focus on the farm protests, it is instructive to look at the current agitation in light of the history of peasant based mobilisation in India. Protests have acquired intensity at different times, in different geographies, in different contexts, and had different outcomes.

In 1984, farmers’ organisations from Punjab brought farmer leaders from several states together for a demonstration against the central government in Chandigarh. This led to multiple protests across India. This was considered the first joint agitation by farm leaders from multiple states, demanding high remunerative price, that led to the formation of the All India Coordination Committee of Non-Political Farmer Organisations — similar to Samyukt Kisan Morcha, which has spearheaded the 10-month-long farmer agitation at the borders of Delhi against the Centre’s three farm laws.

The farmers were then able to push the central government to revise the work of the Agriculture Costs Commission, set up in 1964, to announce remunerative price from time to time (present-day, Minimum Support Price), instead of a fixed price based on the cost of living index that has been in force since 1965. The protest was held in the wake of government data revealing that the per-acre earning of farmers — especially in Punjab, Haryana, and Maharashtra — was falling after the gains of the green revolution, when high yield producing wheat and paddy varieties were introduced in northern plains.

This was considered the first major victory of farmer bodies through organised protests, even though India had a long history of farmer agitations against government policies and local money lenders.

The protests during colonial times

MV Nadkarni, in his book, Farmer Movements in India in 1987, said that the 1874 farmer protests called the “Deccan Rights” movement was one of the oldest documented farmer protests in the country, led by Dabasaheb Deshmukh.

The protests took place across present-day Maharashtra and Karnataka against money-lenders grabbing agricultural land, and the British, who, indirectly, supported them.

Many of these money-lenders, according to the book, worked for landlords, who were always looking to consolidate their landholding. Deshmukh convinced the farmers not to pay huge amounts of interest to moneylenders.

On May 12, 1875, violence broke out in a village of Supa, where farmers attacked the houses and shops of money-lenders, forcing the British to take note of their brewing discontent and appointed an inquiry commission headed by JB Richley.

The commission recommended that the property of farmers not be attached without the authorisation of the judiciary, and also recommended a law for debt recovery, said RS Desphande, former director of the Institute for Social and Economic Change.

Another moment which galvanised the farmers was a six-month-long agitation in 1906 in unified Punjab against a series of British laws amid two consecutive crop failures that increased the water tariff and introduced the Doctrine of Lapse, allowing the British to take over land in case of a farmer’s death without a male legal heir.

In his 2019 book Panjab: Journeys Through Fault Lines, Amandeep Sandhu said: “These laws reduced the peasants to sharecroppers; they could neither fell trees on these lands, nor build houses or huts or even sell or buy such land. In 1907, in Lyallpur, Ajit Singh Sandhu — also Bhagat Singh’s uncle — spearheaded the movement that articulated the farmers’ discontent.” The British were forced to repeal the laws within six months of their enactment.

It was during these protests that Pagdi Sambhal Jatta, a Punjabi ballad by Banke Dayal, the editor of the weekly magazine, Jang Syal, was sung for the first time. The song has echoed across the farmers’ agitations on Delhi borders, as it is seen as a clarion call to farmers to join hands to protect their pride (the turban).

Ajit Singh Sandhu’s pictures could be seen at farmer protest sites at Delhi borders in Tikri and Singhu. “In 1907, farmers were not killing themselves under the burden of debt and they were not as unionised as they are today. But, the peasantry in Punjab and elsewhere has released through these historic agitations that state cannot be fought with arms but can be with peaceful agitation,” said Chamal Lal, a Patiala based academician, who has worked extensively on Bhagat Singh.

Lal said that the success of the agitation spread like wildlife, resulting in several smaller agitations in different parts of the country for farmer rights — which also galvanised the freedom movement.

In 1914, a tribal in the eastern state of Jharkhand, Tana Bhagat, started a peaceful movement in tribal areas, demanding the abolition of the heavy tax imposed by the British even before Mahatma Gandhi started his satyagraha, said Xavier Dias, a Ranchi-based activist. At the same time, the Ramosi community in the western state of Maharashtra was also protesting against something similar. Farmer protests were also reported from present-day Telangana and West Bengal.

In 1917, the farmers in Champaran were agitating against a new regulation forcing them to grow Indigo, a commercial crop that needed large amounts of water and in turn, turned soil infertile, on a portion of their land.

Mahatma Gandhi, who had returned from South Africa in 1915, joined the agitation, and historians say that it was the first mass peaceful movement against the British. Because of the protests, the British removed the condition to grow Indigo and also reduced taxes on tenant farmers. It was during this farmer agitation that Gandhi began to be called “Bapu”.

The next big farmer movement happened in the Awadh region of present-day Uttar Pradesh in 1920-22 against the local money-lenders, according to Subhash Kushwaha. Madan Mohan Malviya of the Indian National Congress spearheaded the movement supported by Motilal Nehru — Jawaharlal Nehru’s father — and other Congress leaders.

The 1921 Mopla mutiny in the Malabar region of Kerala started as a farmer protest against high taxes taken by the landlords on behalf of the British, which later turned into rebellion against the British, leading to the then rulers imposing Martial Law there. The Kerala government has decided to develop a tourist circuit on the Mopla mutiny, as it marks 100 years of the rebellion.

The farmers’ movements in the pre-Independence era could be classified into two types of land-based movements, which include tenants’ agitations against the landlords, and very high government taxes. “The freedom movement stems from a large number of farmer protests in different parts of the country. And, in a way, you can say that the freedom movement was driven by farmer issues at that time,” said political analyst Urmilesh (known to use only his first name) who has studied the subject extensively.

After Independence in 1947, there were not many farmer protests as the government introduced land reforms. Many tenants and landless farmers got land of their own. Farmers were given financial assistance to grow more productive crops.

However, a big change occurred in 1967, when the green revolution was introduced. This meant double cropping, better irrigation, and government procurement of wheat and paddy. By the early-1970s, government data showed that the income from farms in Punjab and Haryana increased substantially, and in some places, it had more than doubled, said Nadkarni in his book.

By the late-1970s, as income from farms slowed down and input costs increased, the resentment among farmers started rising. On July 1, 1978, the Bharatiya Kisan Union (BKU) was set up by Chaudhary Charan Singh, MD Nanjundaswamy, Narayanaswamy Naidu, Bhupinder Singh Mann and Mahendra Singh Takait. That was the year the country’s first farmer rally was organised by Raj Narain. “The farmer leaders realised that we need to have a political platform to raise our voice on farm-related issues. We came together under the BKU banner,” said 78-year-old Balbir Singh Rajewal, who heads the BKU (Rajewal) faction, and is a member of Samyukt Kisan Morcha that is spearheading the farmer agitation.

In March 1984, non-political leaders of farmers such as Sharad Joshi from Maharashtra, Mahendra Singh Takait (Rakesh Takait’s father) from Uttar Pradesh, and MD Nanjundaswamy from Tamil Nadu participated in the protest at Chandigarh Raj Bhawan. Three years down the line, Mahender Singh Takait gave a clarion call against the power tariff hike in Uttar Pradesh from his village in Sisauli, and brought all of western Uttar Pradesh to a standstill with over 300,000 farmers joining him in his village.

The following year, Jat farm leaders laid siege at Boat Club in New Delhi for a week with close to 500,000 farmers from western Uttar Pradesh and Haryana, demanding a higher remunerative price for sugar, a concession for the usage of electricity for farming, and a reduction of fertilizer prices. “It was an epoch moment in farmer protests when Baba Takait’s (as Mahendra Takait is called in western Uttar Pradesh) call showed the power of farmers to rulers in New Delhi,” recalled Naresh Takait, Mahendra Takait’s son. After the agitation, the government banned protests at the Boat Club and made Jantar Mantar an alternate venue for protests.

Now, Naresh’s younger brother, Rakesh, is a prominent farmer leader, and is seen as the face of today’s farmers’ agitation.

The current protests started in June 2020 in some villages in Punjab against three ordinances promulgated by the Centre to ease the entry of the private sector into agricultural trade.

In a few months, the agitation spread across Punjab, with farm bodies of the state getting support from other farmer organisations as well. On November 26, 2020, the farmers from Punjab crossed over to Haryana and started protests at the Singhu and Tikri border, which has been the protest site since then.

“It is a battle of survival for farmers,” said Devendra Sharma, an independent farmer economist. He said the protest showed the anger of farmers as input costs have increased manifold and farm income has not risen in proportion. “Now, income from farming is less than that from a lactating cow,” he said, to depict the plight of farmers.

Rajewal said that they have the support of farmers across the country. On Monday, demonstrations against the killing of four farmers in Uttar Pradesh’s Lakhimpur by Bharatiya Janata Party (BJP) leaders were held in every state of the country. “We are sitting here for 10 months because every farmer wants us to fight for them,” the farm leader said.

Kavita Kurangati of the All India Kisan Sangharsh Coordination Committee said that a key feature of the world’s longest farm protest is that, for the first time, it has brought women farmers to the forefront. “Unlike past protests, this is a movement where the farmers are not willing to go back empty-handed,” she said, adding that farmers have asserted their “right to protest.” 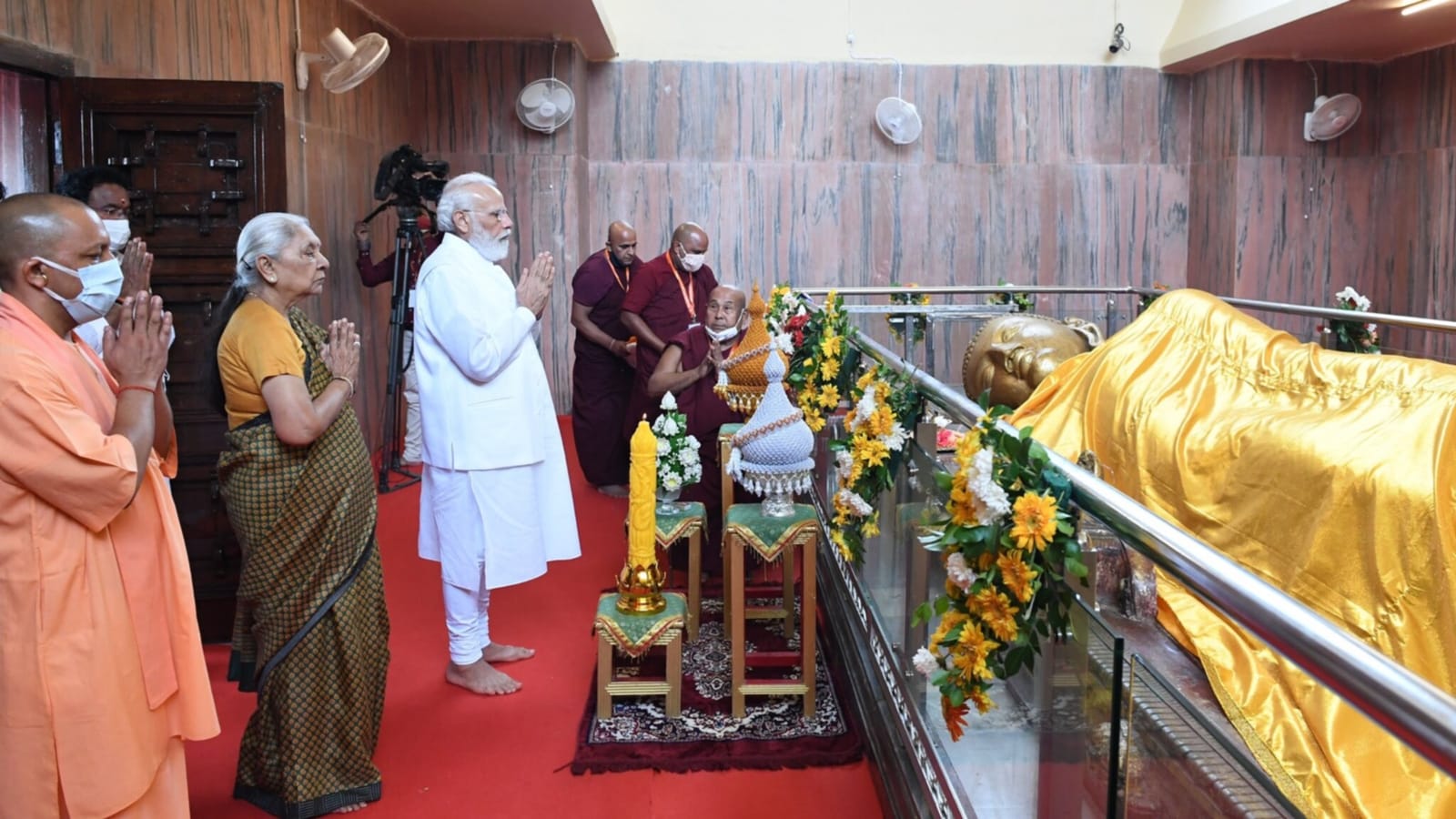 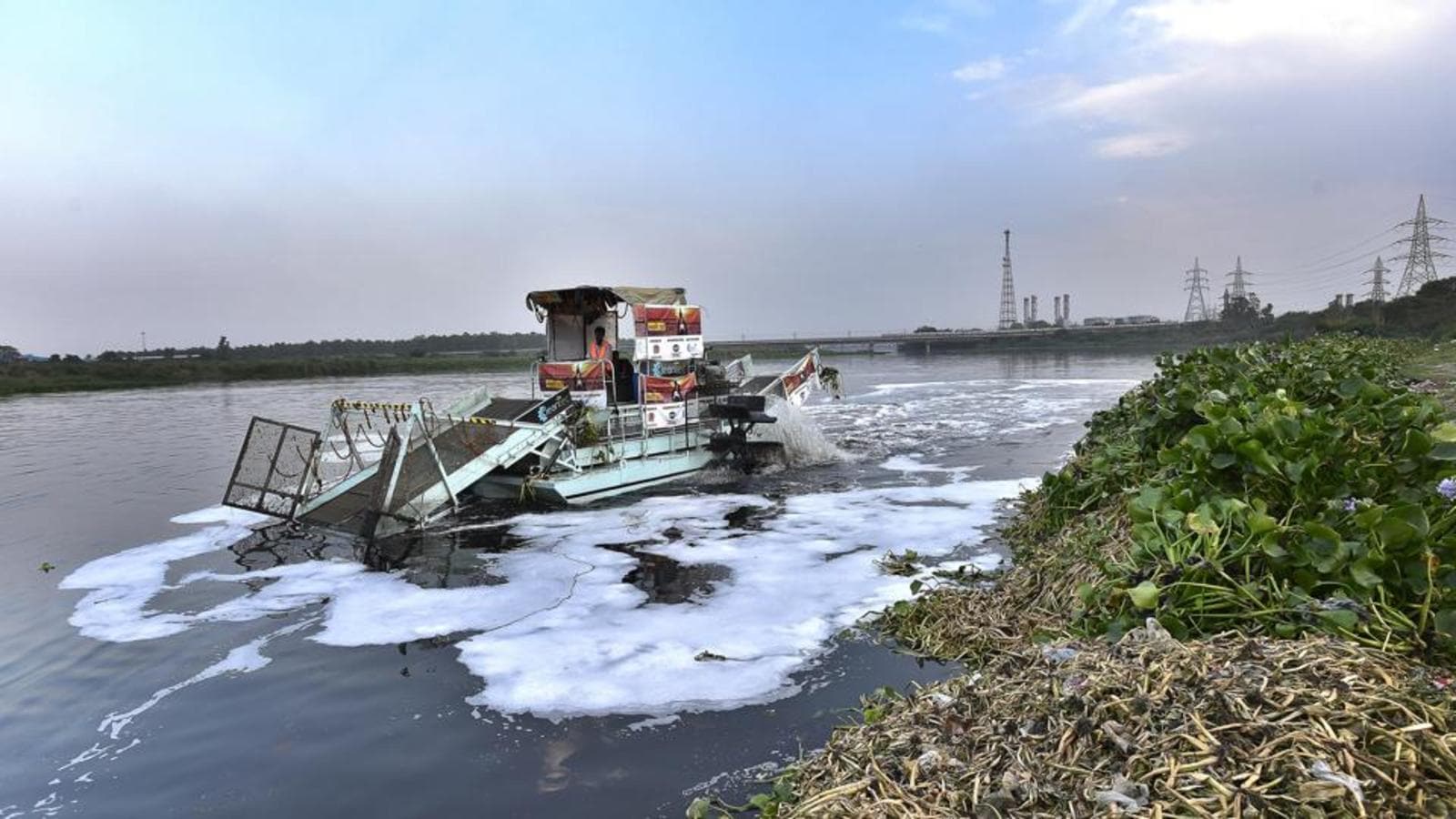 Why has the BJP not been able to dent Naveen Patnaik’s hegemony in Odisha?